“One of the most exciting acts to come out of Australia in many years!” – Blues Revue Magazine

His blistering guitar playing, soulful, gut-wrenching vocals and innovative songwriting, thirty year old Mike Elrington is quickly showing promise as one of the most exciting young performers in Australia today.

Whether working with his three-piece electric band(The Advocates) or as an acoustic solo act, Mike’s original mix of driving Rock/Blues/Prog/Alternative/Pop and Acoustic Folk/Rock is delivered with raw passion and dynamite in every performance.

After winning his High School Battle of the Bands competition in 1999, Mike started his career in Adelaide and was a regular performer at the city’s premier live music venue – The Governor Hindmarsh Hotel. Gigs at the Gov included many various supports for local and interstate touring blues/roots acts.

A move to Melbourne in 2000 saw Mike record his debut solo record “Too Good To Be True”,(Produced by the Aria-award winning Peter “Reggie” Bowman-Ex-Southern Sons, Tommy Emmanuel, James Reyne) an exceptionally well-crafted mix of Blues/Rock and Pop with a modern contemporary edge.

In March 2005, Mike completed his first tour of the United States where he headlined a sold-out show at Biscuits & Blues in San Francisco (Twice voted No.1 Blues Club in America by the W/C. Handy Foundation) and was also fortunate enough to perform at a wide range of venues all over the country including The 930 Blues Café in Jackson, Mississippi and Buddy Guy’s Legends in Chicago where he performed live on stage with Shirley King (Daughter of Blues Legend BB King).

Since it’s release, “Too Good To Be True” has played a big part in helping Mike to establish his name in the Aussie independent blues scene, tour the country multiple times as well as complete two self-managed & self-funded national tours of the United States. He also released another 4 albums independently and is showing no signs of slowing down.

With many years of touring experience and releasing 5 albums along the way, this man is only just getting started in his lifelong journey of music.

Mike will be making his first trip to the UK in February 2015, where he will be doing a mini-tour up and down the Country, ahead of the release of his next single “Build You Up (To Cut You Down)” on 29th March. 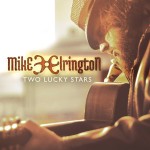 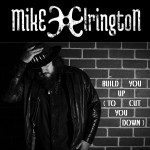 Build You Up (To Cut You Down) (Single)

This message is only visible to admins.

Error: An access token is required to request this resource.
Type: OAuthException
Solution: See here for how to solve this error